Lengster lays net across the canal!

Lengster lays net across the canal!

Nah, this isn't a stereotypical outcry against lengsters.

I happen pass by this canal and this uncle immediately caught my attention with his long leng that was laid across the canal. He had quite an audience, and a bucket full of fish when I got there.

Just when I thought the show is over, he went down again and harvested another 4 fishes. In less than 5 minutes after he came up, his net starts shaking again.

He went down again and came back with another 4 fishes. They were mostly scat and ponyfish, and there was a big catfish that was caught in his net but it struggled free when he was handling it.

According to him, he ever caught Cao xi and Chermins in the leng too. The Ponyfish (Ikan kek kek) he caught are really big, it's the size of your my hand(yes, including fingers!) Those are to die for...

The uncle carefully going through the whole stretch of net for fishes. 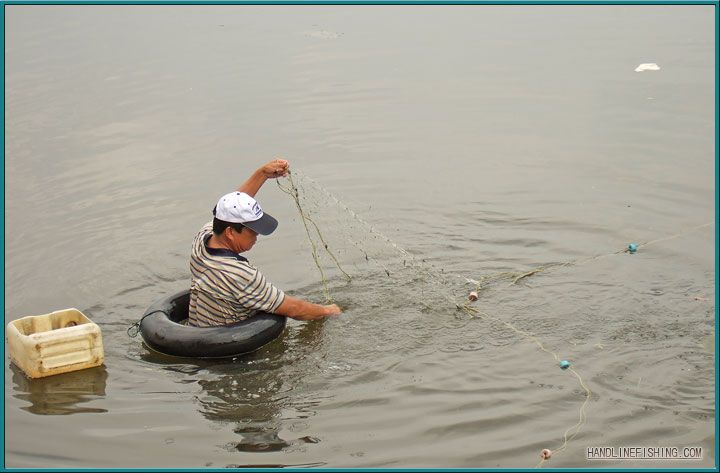 Climbing up the canal aided with a rope, the slope is really slippery according to him. 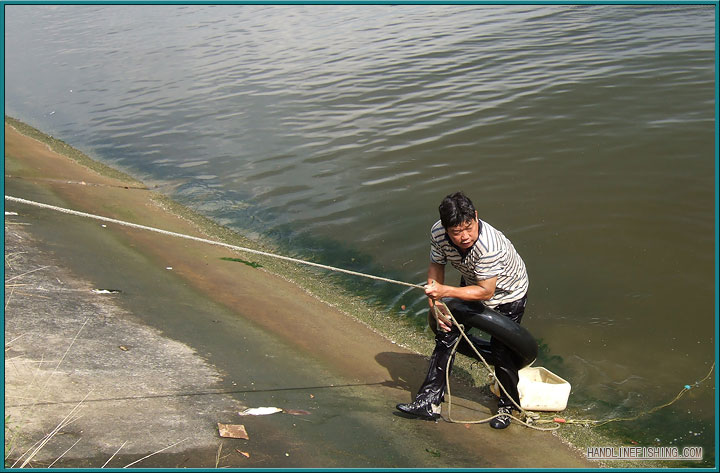 His bucket of fish and believe me, there are lots of it inside. Look at the size of the kek kek! 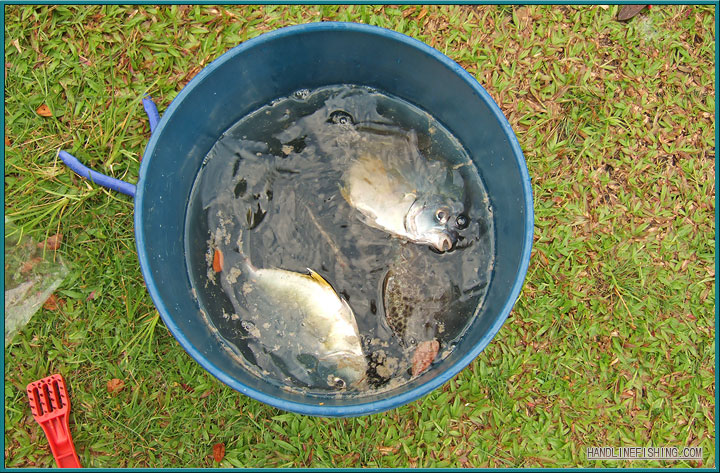 Using a pair of pliers, another uncle cutting away the venomous spines from all the kim kors. 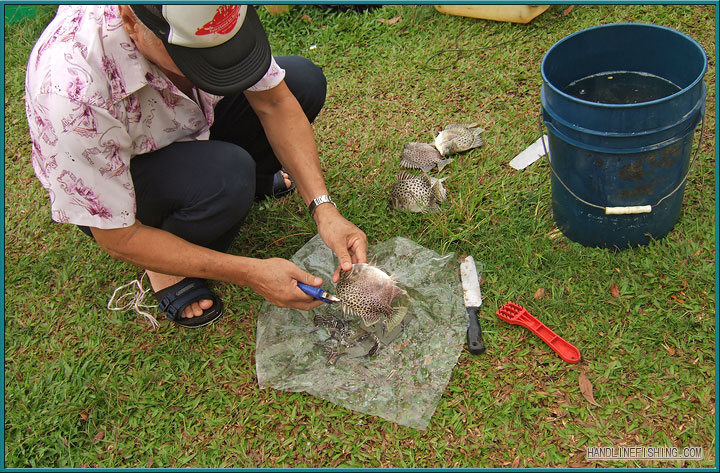 The fisherman in action