CR: A day of trevallies

CR: A day of trevallies

I finally caught something after long period of drought, it's not what I hoped for but it's a start - A 2.5kg queenfish. I arrived at the spot late into the morning, the current was pretty strong and I had hopes for catching some bait fishes. I set up my rods quickly and started jigging but alas, there were no tambans.

After some persistent jigging, I finally landed a Selar. It was pretty big and I was considering if I should even use it as bait, after all I had live prawns with me.

Feeling gamey, I kept the fish alive while I set up a bottom rig with dual 4/0 circle hooks.

I carefully baited the fish so that it will stay active in the water. So I cast the rod out and put on the bite alarm and continued jigging for baitfish. Immediately, I got something on my Tamban jig - a small Bumpnose Trevally. Just then, under a minute from the first cast, the bite alarm went off. I wasn't surprised initially because Selar of this size could easily trigger a false alarm. I stared at the rod tip for a moment and it seems to be shaking more vigorously than it should.

Naturally, I taut the line and slowly pull back slowly to feel for feedback. There was indeed something heavy on the line so I pulled back some more, the rod starts to bend and fight begins! The fight was short-lived once I identified the fish from its acrobatic jump, no holding back from that point on.

I got back to using prawns since I couldn't get more bait fishes. The rest of the day seem quiet, with the usual suspects stealing my prawn after prawn.

I was fishing beside a regular angler there, the day was hot and he went into the shade to take a snooze. It was then his rod suddenly took a dive, lucky he had some secure his rod secured but was it barely holding. I ran over to grab his rod while I shouted him out of dreamland. It took him awhile to realize what was going on, he quickly ran over and but the fish had almost surfaced. Another free thrill for me.

What a day, how I wished I could have something like these to pull on every fishing trip. 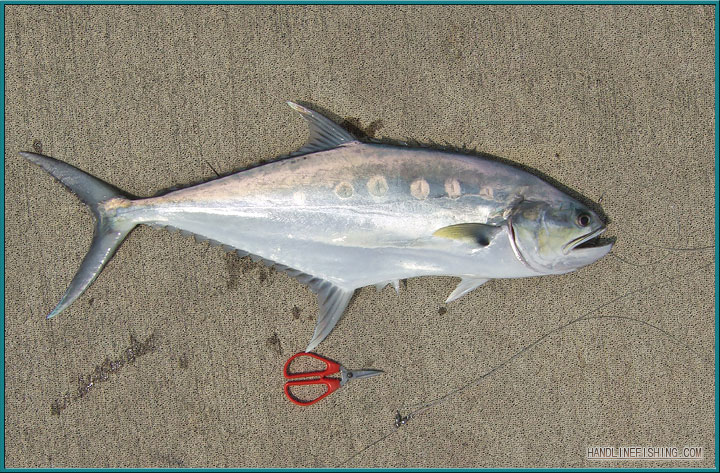 Another success on circle hooks on bottom rig. 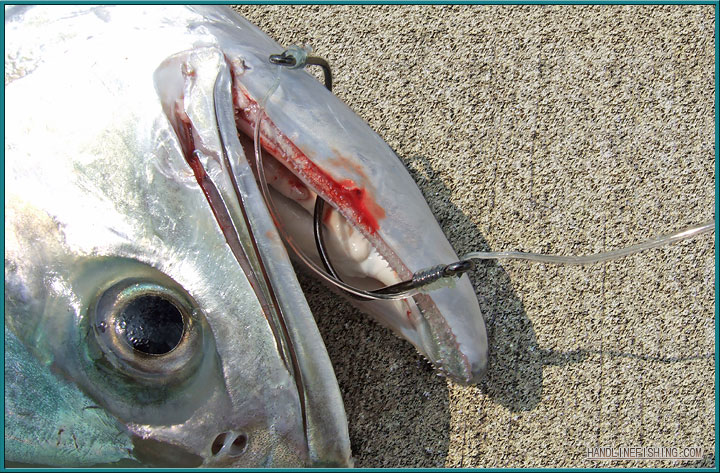 A chermin landed by a neighbouring angler. 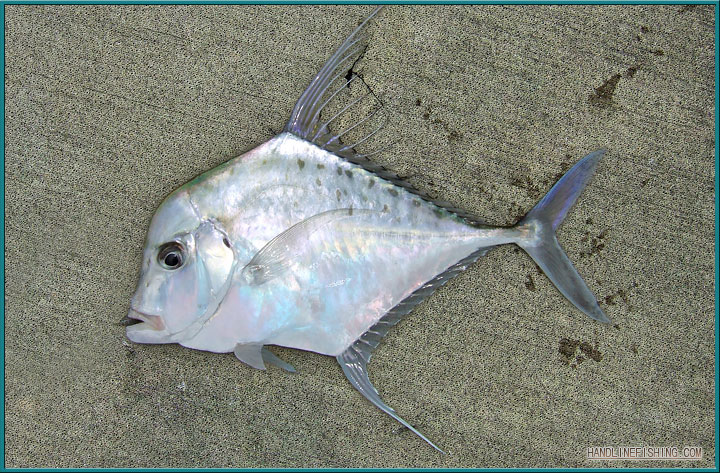 wah.....ppl how use circle hooks leh....circle hooks is for lazy ppl use 1 leh...let the fish self hook har!! no need to look after..queenie good for salted fish...
Top

dont mind sharing the place you fishing ? if cannot nvm ^^ and how to use circle hook ?
Top

fishingboy wrote:dont mind sharing the place you fishing ? if cannot nvm ^^ and how to use circle hook ?

You use circle hooks like you use for normal hooks, the only difference is that you do not set the hook by striking the rod. The fish will run and get hook by itself, you simply reel the line taut and fight the fish.

Peace arh peace, everytime i go labrador jetty always nothing one leh. What bait to recommend, is it as good as fishing from the shore, and, day or night fishing is better?
I wanna catch a big fish~~~~
Top

It depends what you want to catch. For instance, I usually go for chermin so live prawns is a good bait to use. Most people target for big fish using live tambans but they got lesser and lesser for some reason, probably due to the land reclamation nearby altering the current flow. Day and night are just as good, I've seen many good catches from there.
Top