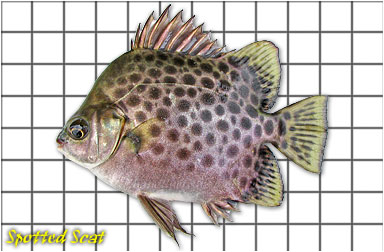 See all images in Photo Album

by patrick2405
my pics for contribution!

by Peace
Holy mother scat, that's a huge one. The fight must be insane on a light rig.

some say, punggol end last time a lot of these fish

now they say alot of seabass
wats the bait for these fish prawn?

by Peace
Green mussels (Cai Ruan) is a very effective bait. It also takes bread and prawn meat if you can't get the mussels, but not as effective.

by limfish
Just a question?
Why so scats have spots on them, is it for camoflage?

by Peace
Most likely yes, most fishes have patterns to help them blend into their natural habitat be it to hide fro predator or to ambush a prey.

by catfish
I have caught many scats biggest maybe up to bout near a pound but i want to catch a GIANT scat. Would anyone mind sharing a spot where Monster scats inhabit? P.s I catch and release

by Peace
Best places to catch big scats are probably those floating fish farms because there are lots of barnacles, mussels, and other food growing under the farm's floatation barrels. You got to be fast with them because they'll dash under quickly and your lines will be cut by barnacles.

by cooler
What pier or jetty can you fish these fish from?

by Peace
Labrador and Bedok Jetty do have them but aren't very common. Woodlands Jetty is probably the best jetty to hunt for them.
All times are UTC+08:00
Page 1 of 1