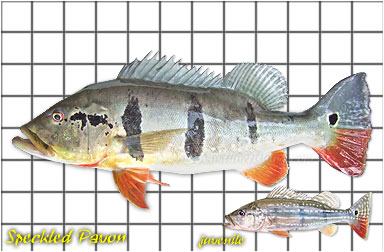 by limfish
Ah...the only popular invasive species.
New u know, the snakeheads will evolve/adapt to eat them whole=0

by temensispro30
hey peeace...you are wrong....the adults are called the temensis assu...they have black linings at their eye side....while the spotted one is called the temensis paca...when they grow up,they will have spots...go and search google...

by Peace
I believe you're referring to the colour phase the C.temensis go through as it matures. Assu literally means 'three bar' that defines the characteristics in it's sexually matured form. They're all C.temensis nevertheless. 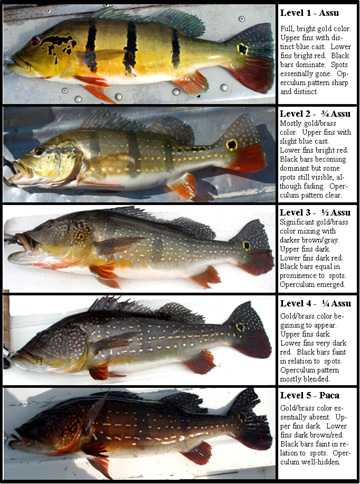 by limfish
Well..it is a sportfish .
It is feirce and powerful,most likely arrived thru misa as it has also invaded msia's water ways.

by Peace
Both species will have varied patterns but Speckled Pavon have a more slender body, more greyish in colour and tend to have this horizontal pattern behind its eye. Juvenile Pavons can be easily identified by its speckled pattern on its body while the speckles may fully disappear as it fully matures.
All times are UTC+08:00
Page 1 of 1