Hi Folks! I am back!

After a long break from fishing as I was busy with my school and now army, decided to go back to luring with a new set up. I sold most of my tackle when I did not have time to fish but now after posted to a 8-5 vocation, finally decided to come back with a new bait finesse set up

Here are the catches mainly from Bedok Reservoir and Tampines Quarry!

Will start to record every trip from now and might get a sports cam to record my adventures!

My First Fish on the set up! 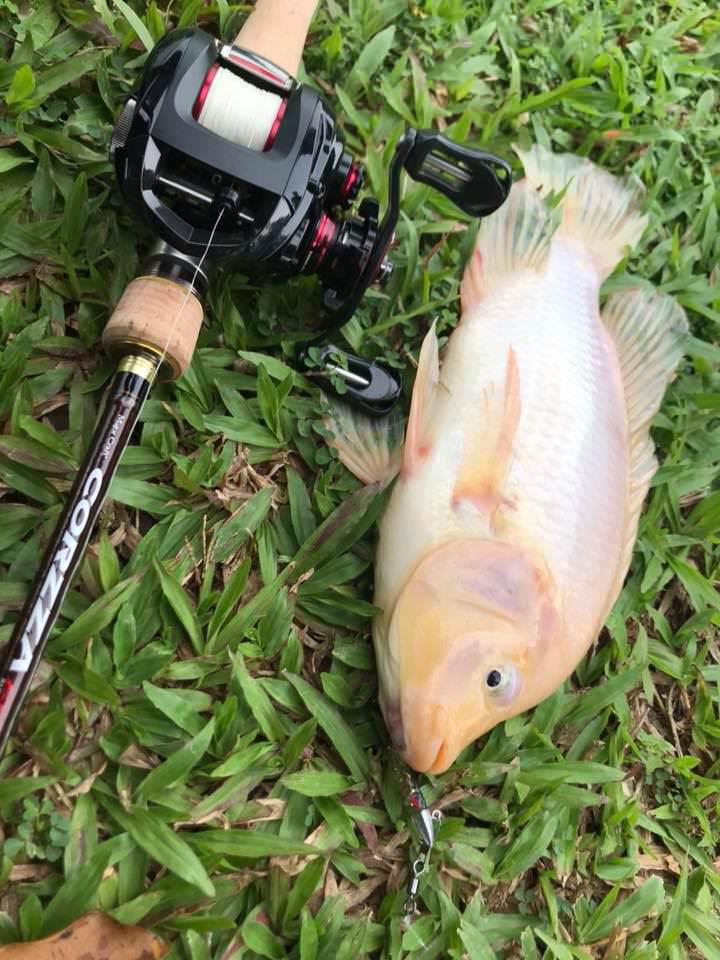 Followed by a baby temensis 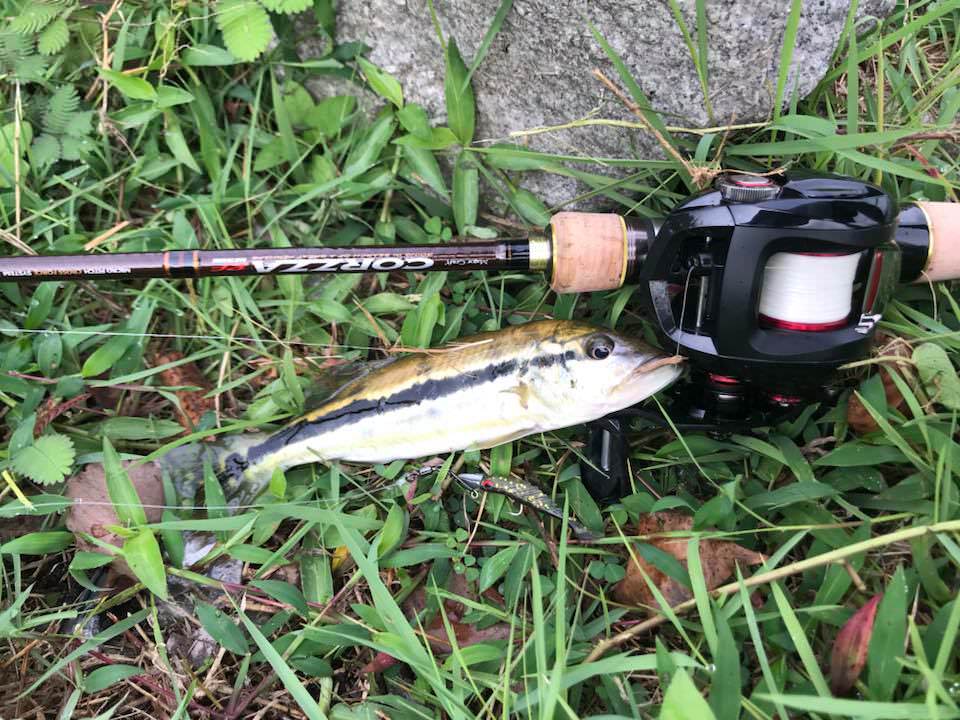 Then finally a Peacock! 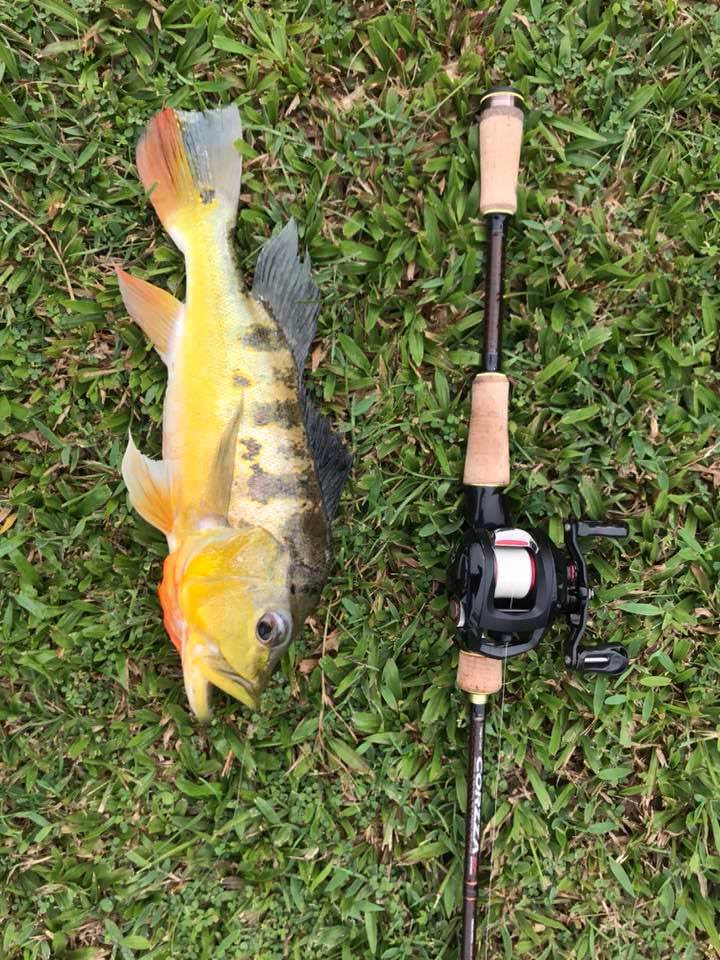 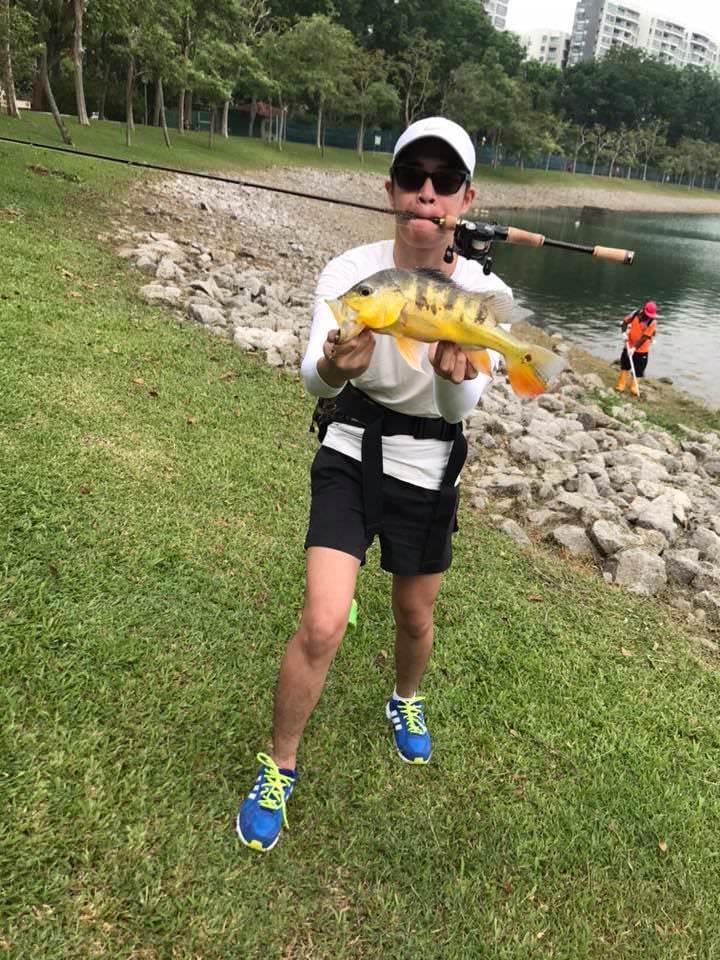 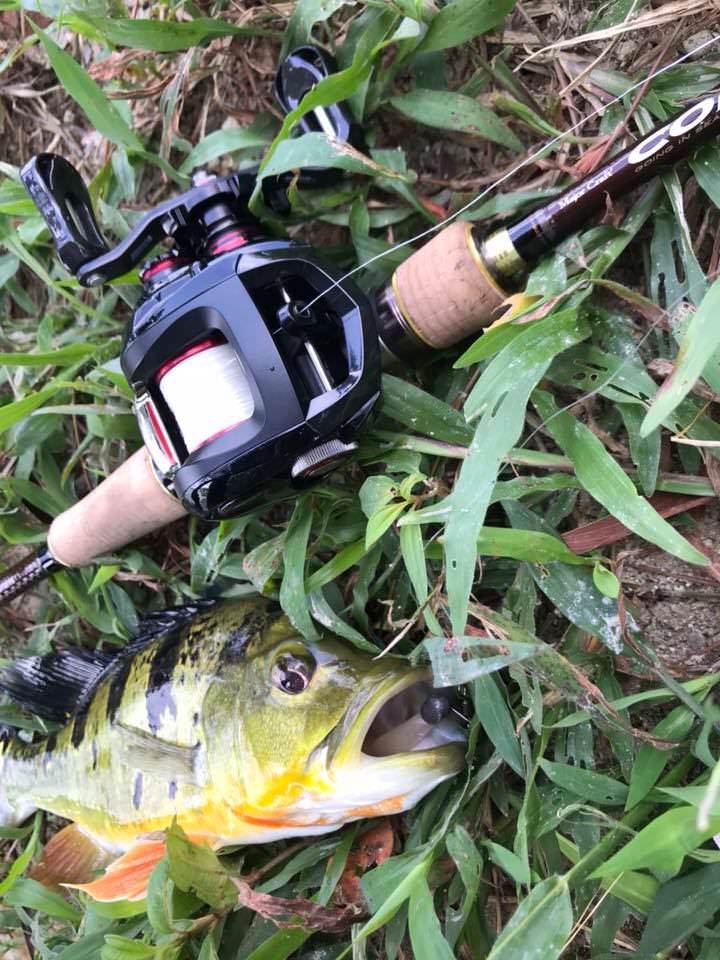 I realise that Quarry has not been introduced with Temensis at all, never really hit any temensis there so far. 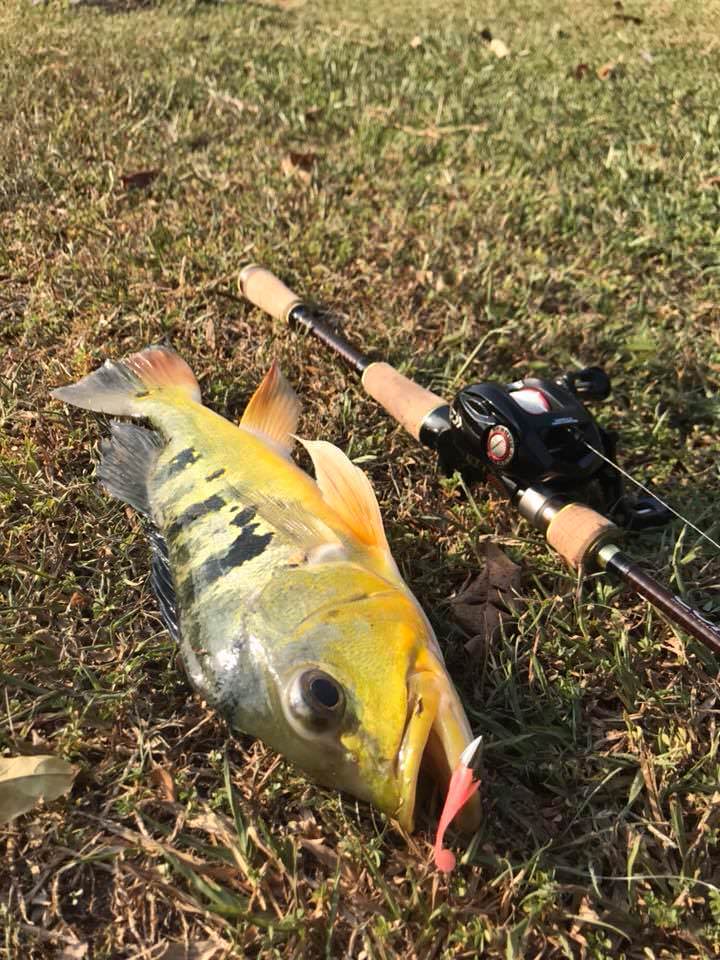 Last Light at Bedok Reservoir usually has temensis frenzy just before sundown but getting them isn't the easier thing as they were so used to lures and the fishing pressure there at the legal ground is rather huge.
They would be quite far out blasting the guppies on the surface 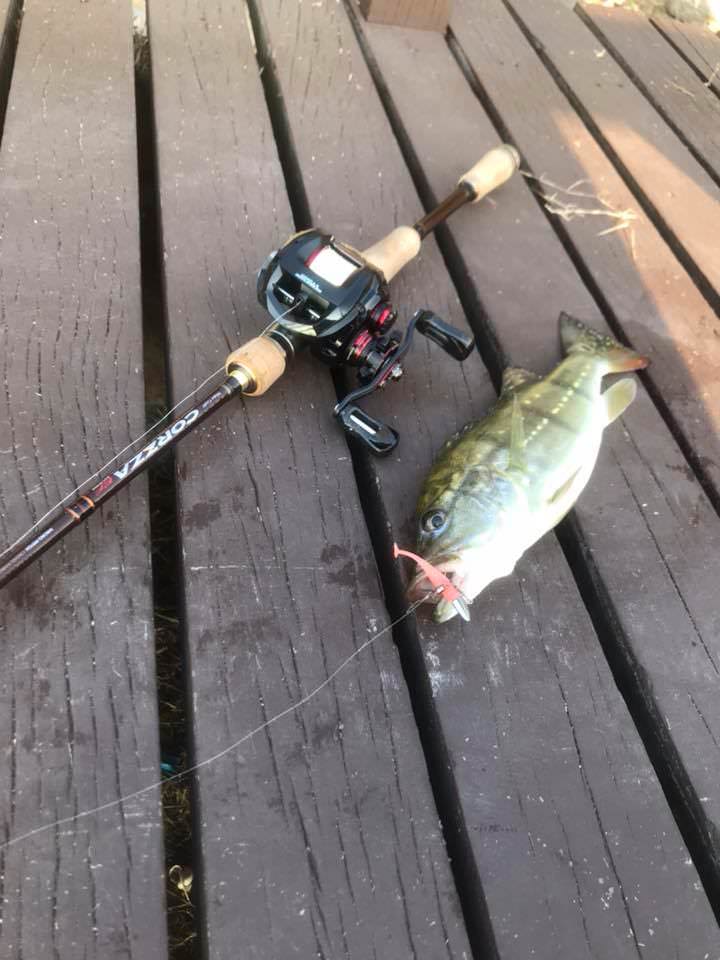 This trip was rather fun as I was not getting any hits at all then I decided to switch to using the drop shot technique and managed to hit one sizeable temensis on the first cast!

and that was the one and only fish for the day. 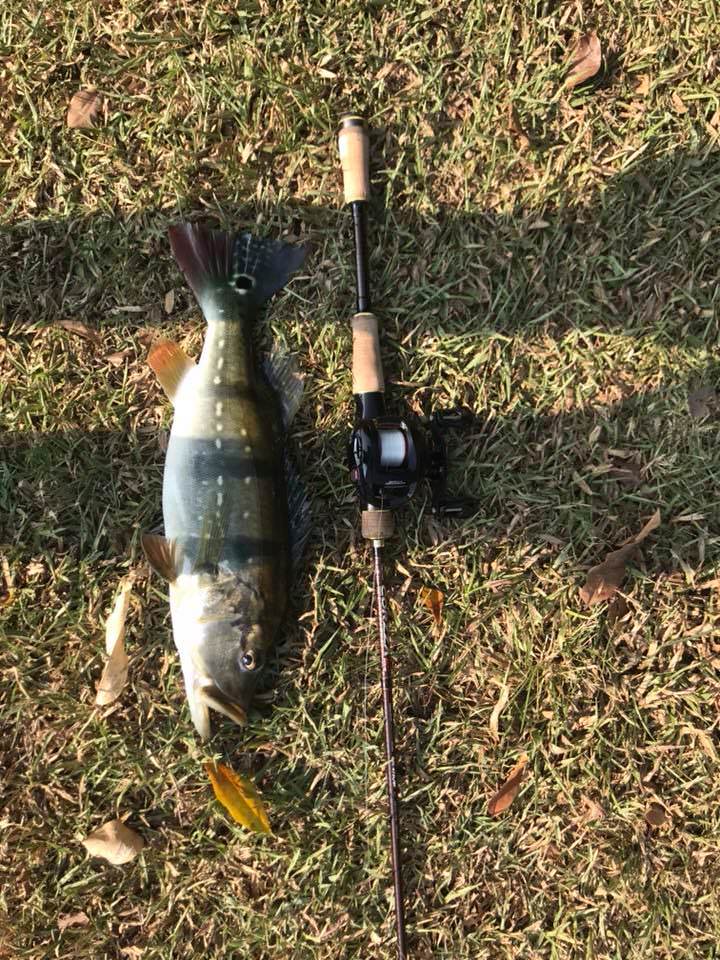 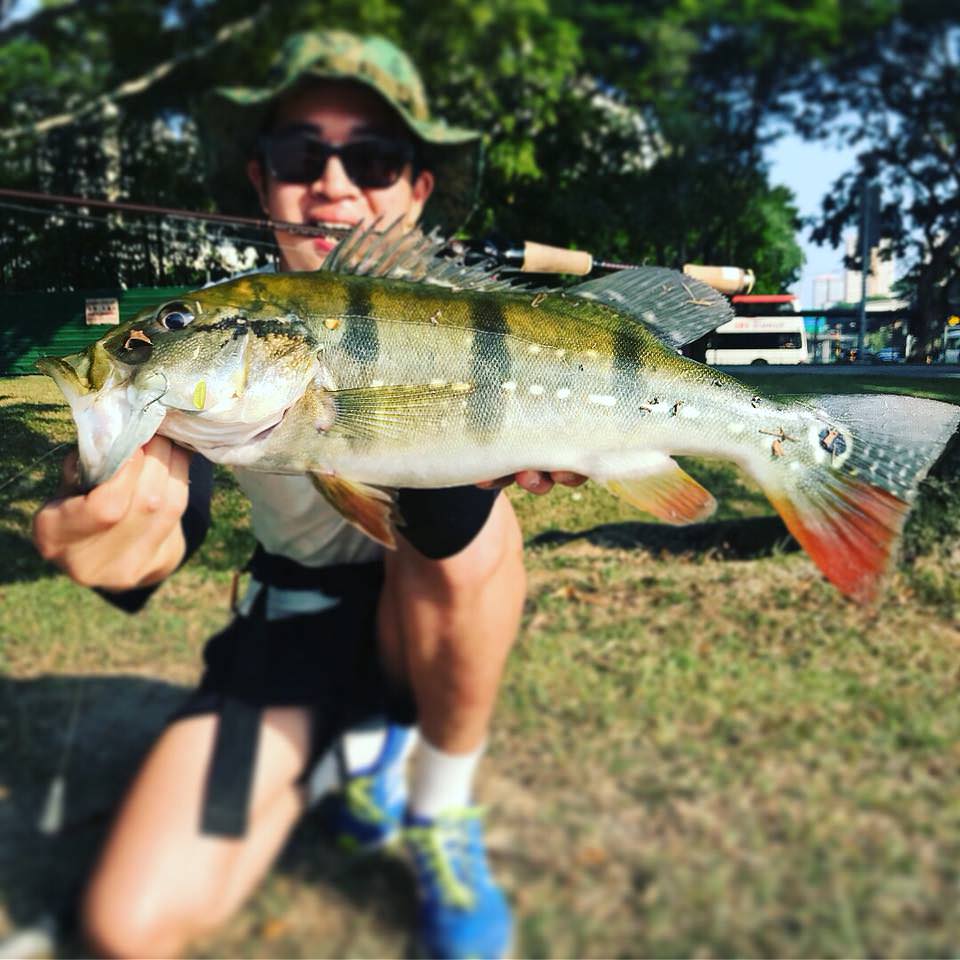 Well I did catch a pretty Sunset so I guess its worth it? 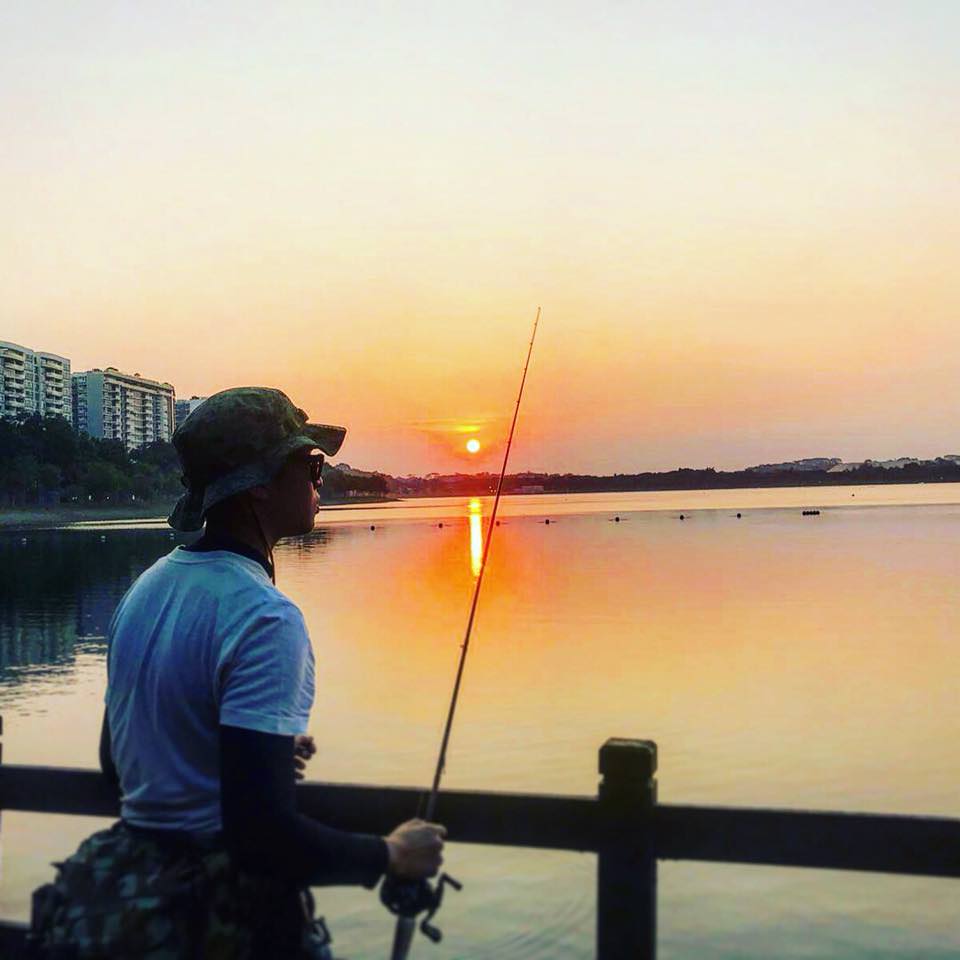 This trip is like 2 days later after the fourth trip. Caught roughly same size temensis but probably not the same fish, compared the tail markings. 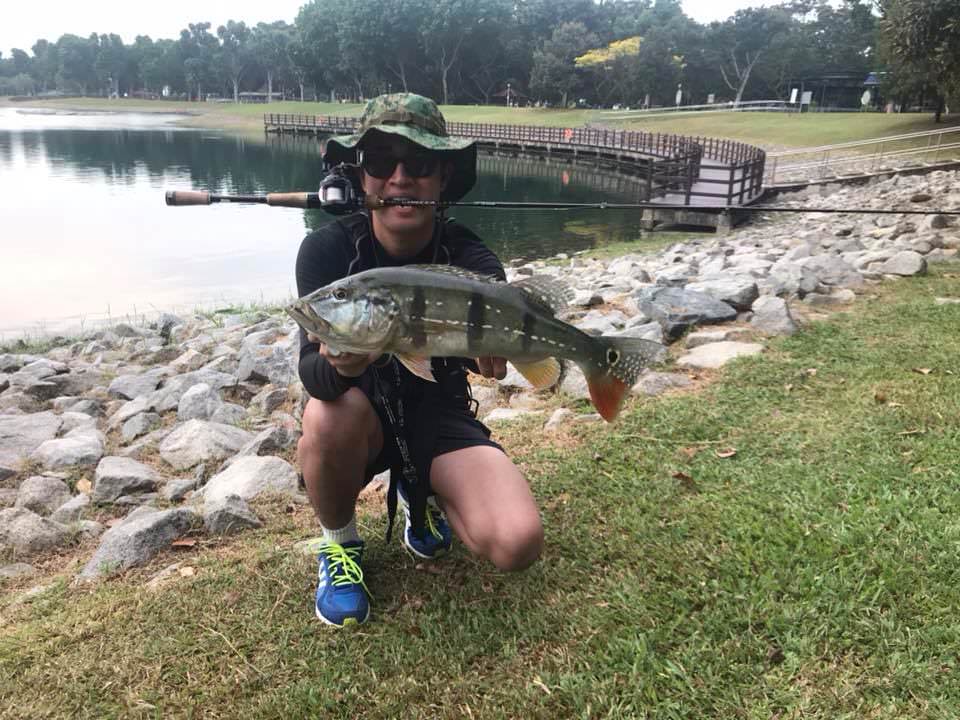 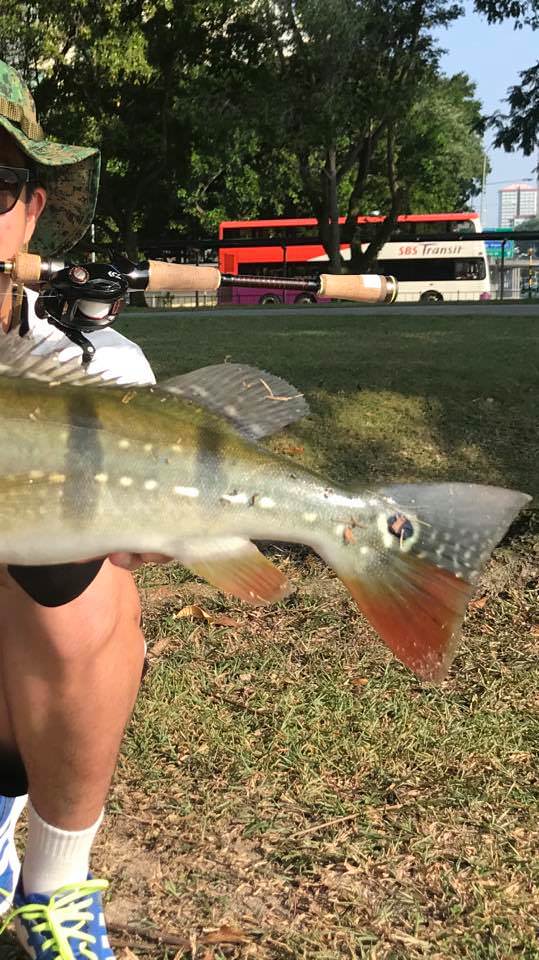 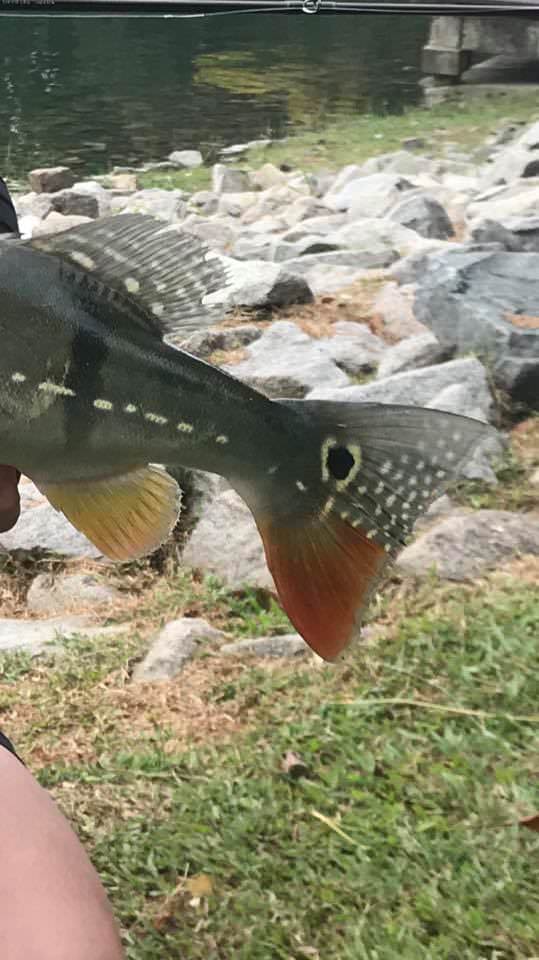 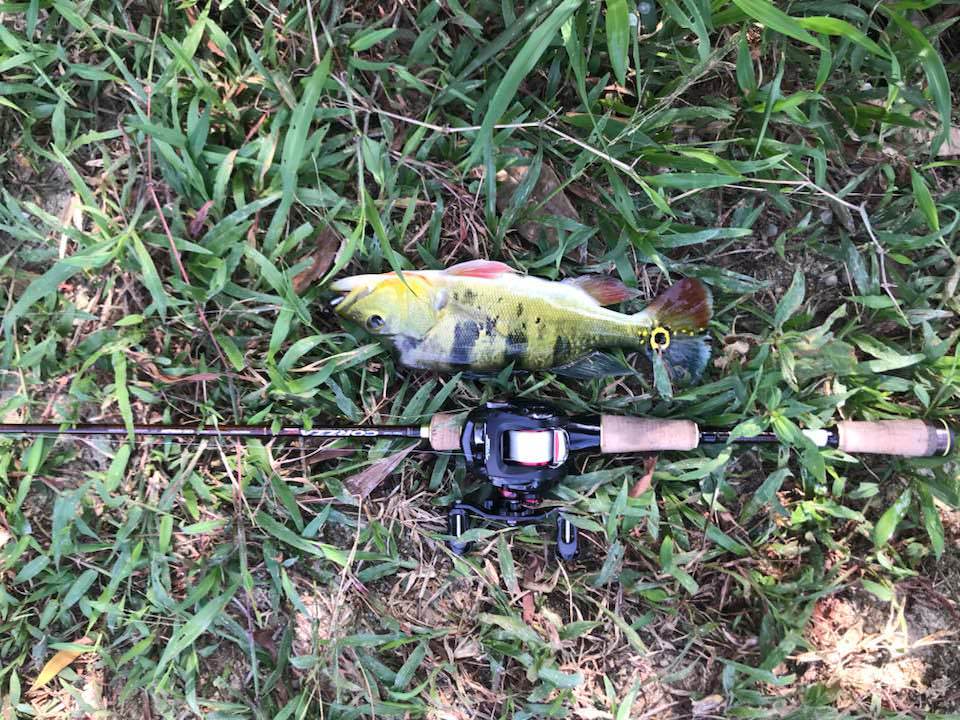 followed by a pretty sizeable Peacock on the dropshot! 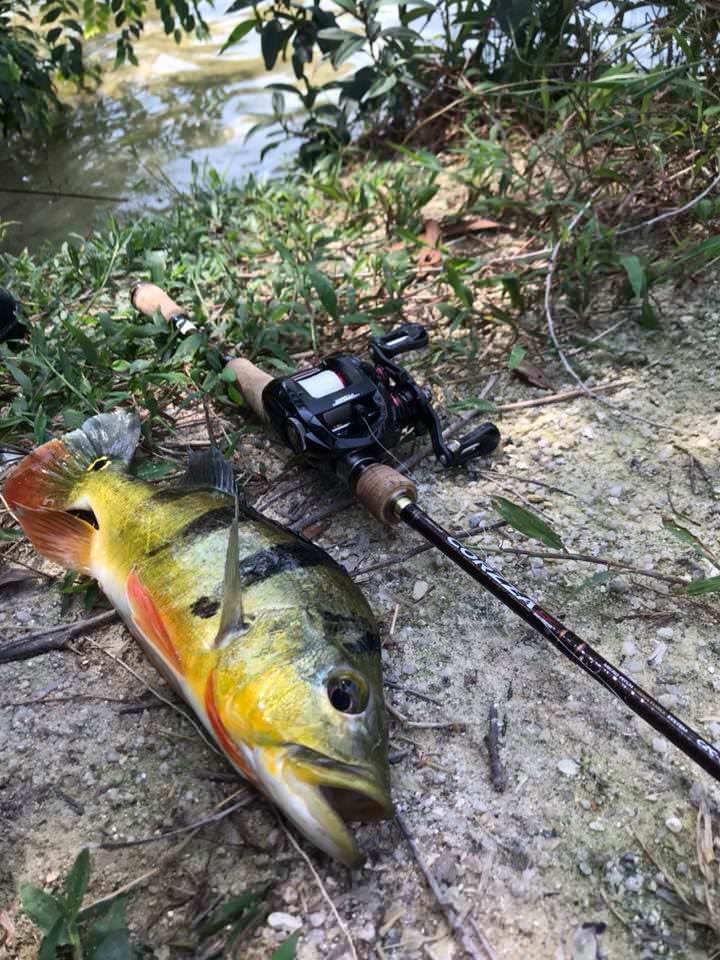 Went for first light today, saw lots of action on the surface but the temensis arent hitting.
Only managed to hit of them after changing my retrieve to super slow bottom bouncing. 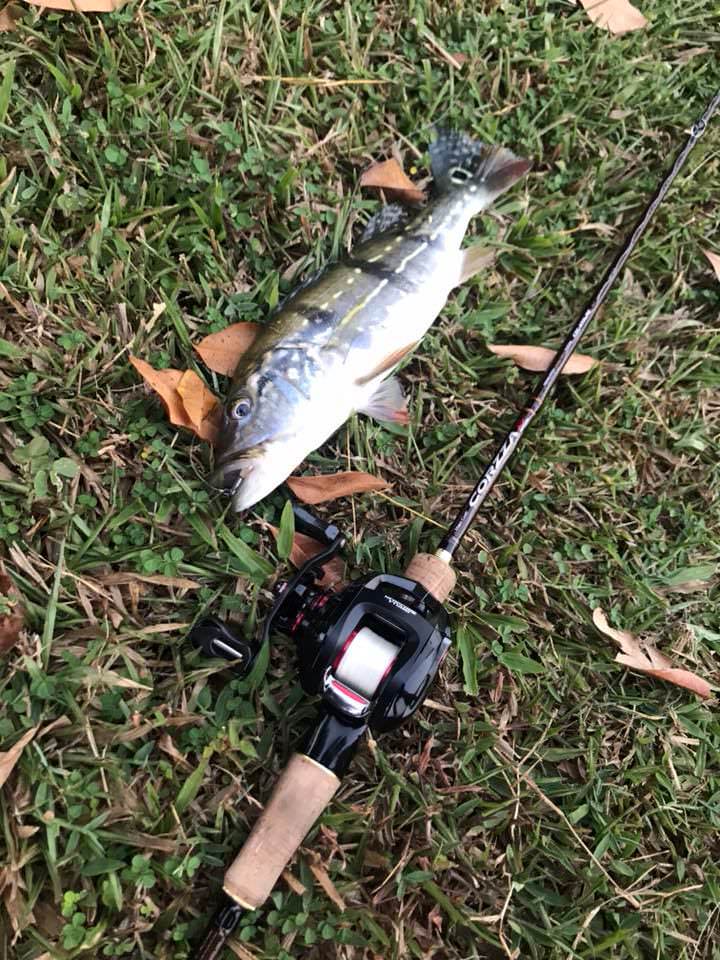 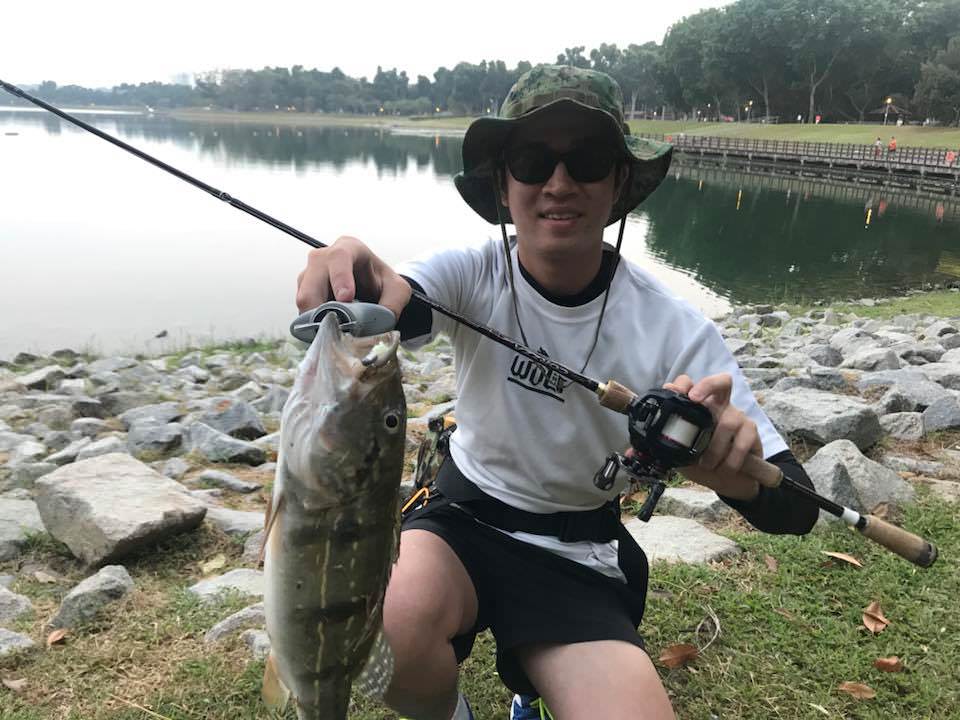 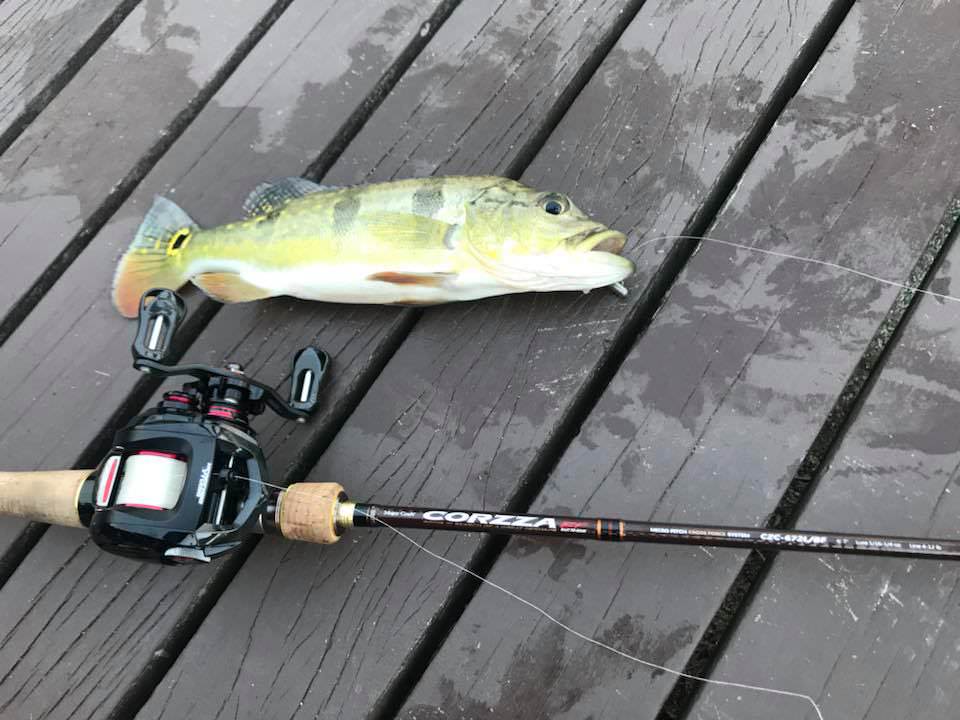 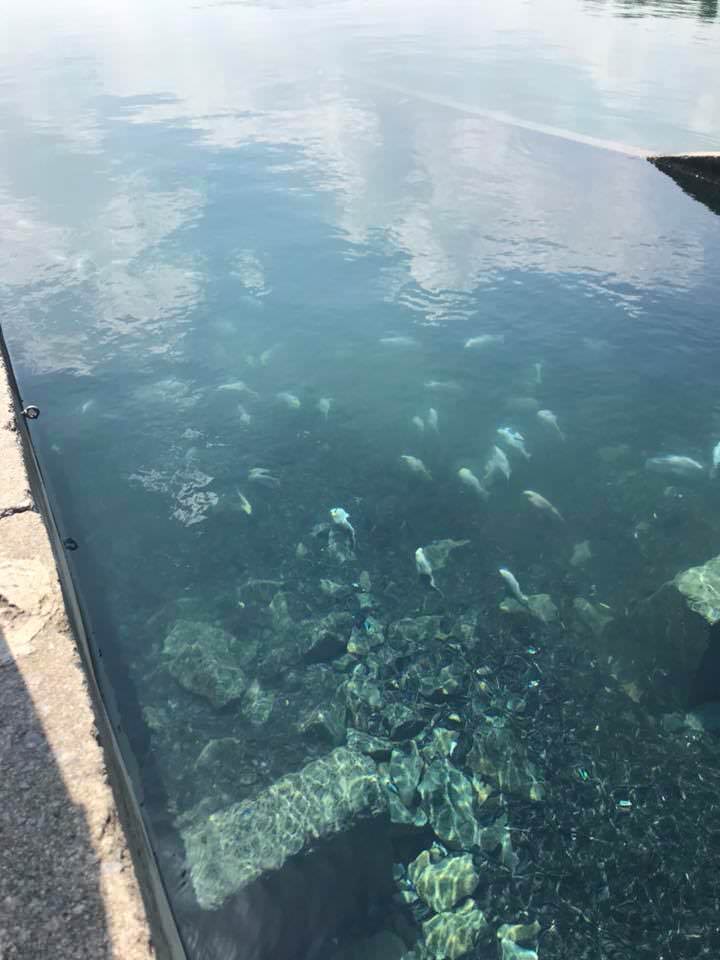 Till Next Time ! Tight Lines and Cheers!!!
Top

You made Bedok Resv legal ground looks so easy...

Hahas its not, just hard work and being there at the right time

Welcome back Daryl, congrats on landing the fishes and the stay out unit life.

Thanks for sharing your catches with us.
Top

Back again with some CRs !


Temensis and PBs have been quite weary recently, was not able to hit the frenzies at last light

Tried in the morning and was rewarded with only one temensis, Ill take it regardless hahas 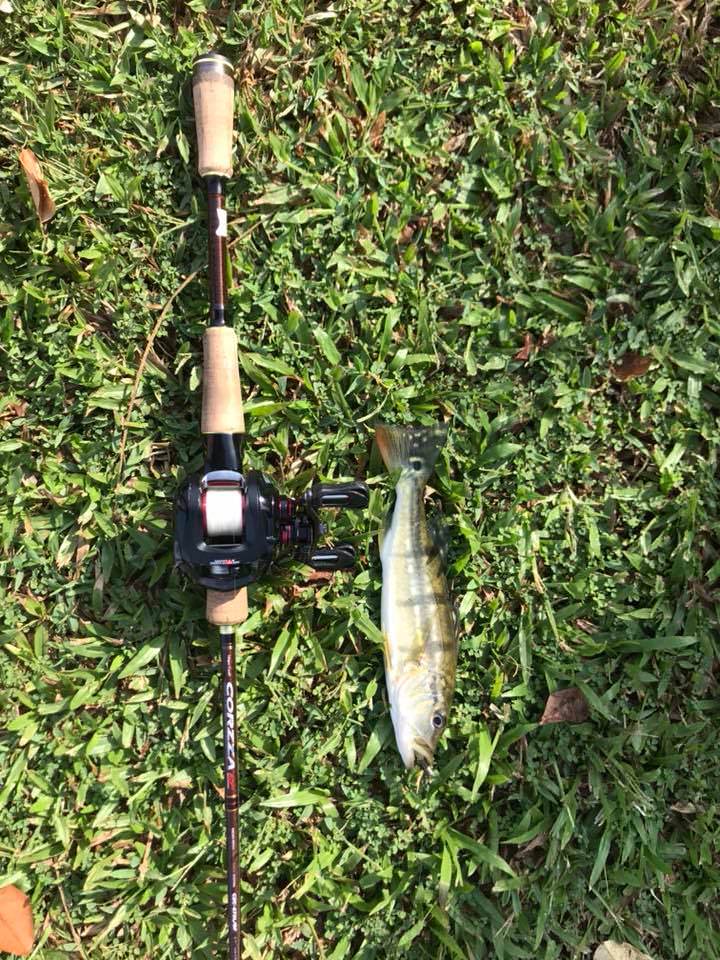 Then had another trip that resulted in zero fighter

Trying to hit the frenzy again but they just do not wan to take the lure, was getting fustrated until i see a solo splash right infront of the canal open casted my lure to it hard it super hard twitches and fast retrieve paused... and tada a hit ! a decent size temensis on my new rod that i got 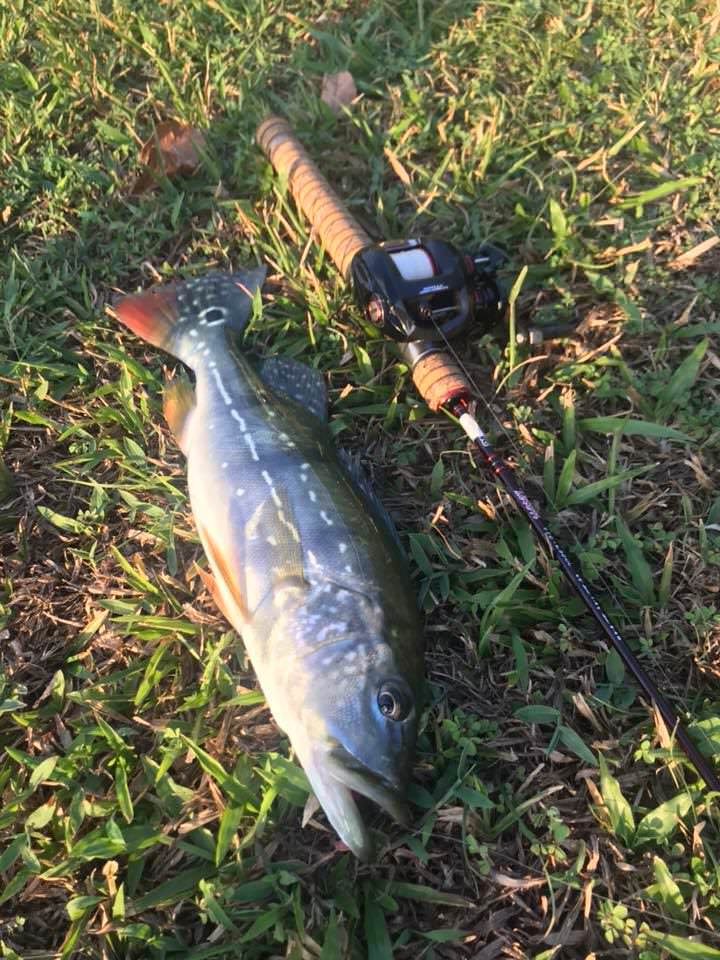 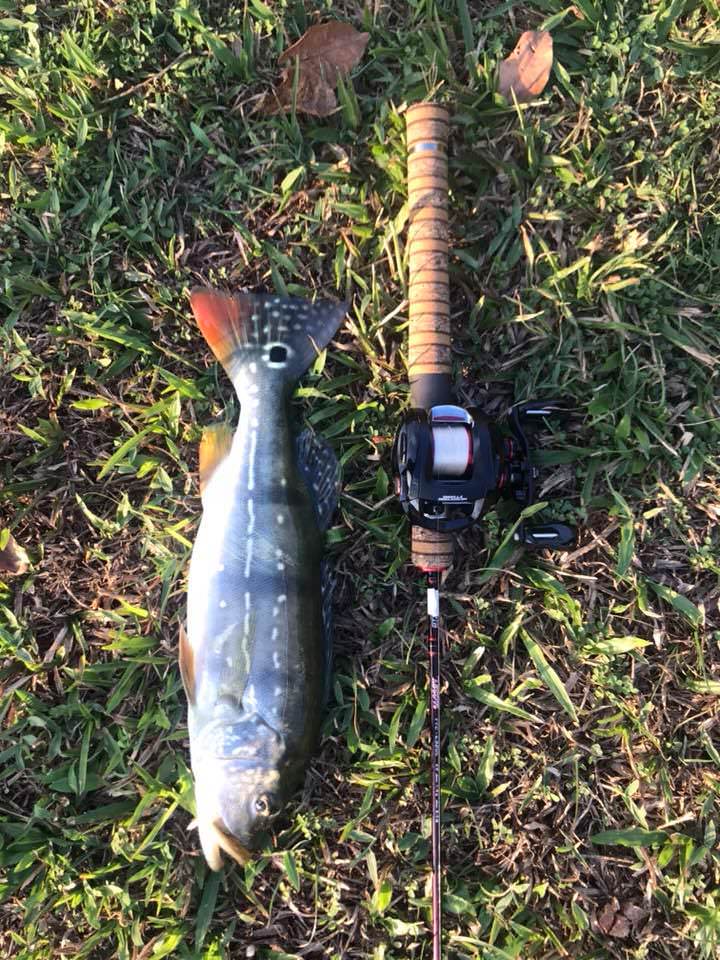 Till next time! Tight Lines and Cheers!~
Top

That's still some decent catches there. Sometimes when I want excite the fish a little, I would smack the lure against the surface of the water a few times to mimic a frenzy feeding. This usually works quite well the first few times you use it and you may see the fish reciprocate with some surface action.

They are pretty far out tho, can’t smack my rubber on the surface

maybe a float to the lure will do the job :P will try that hahas
Top

Nah, I mean just smack the lure right infront of you. The sound and vibrations can travel quite far out in water, especially if you have calm waters. They might come in closer to investigate.

Back again with another CR! 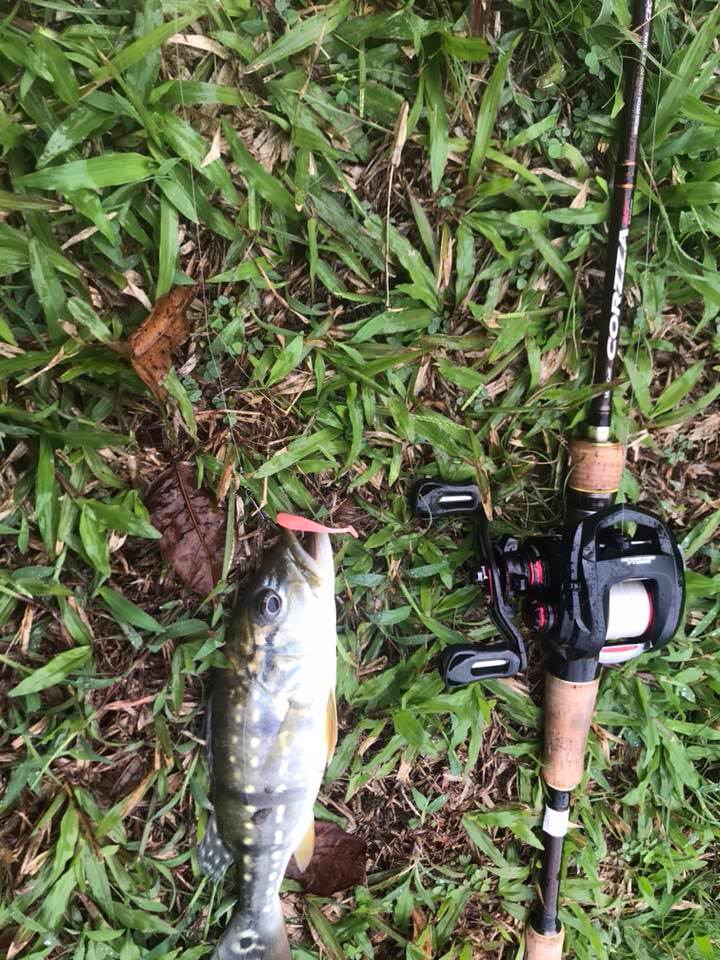 caught a few during the frenzy but did not take anymore pics.

It went quiet after the frenzy ended, i then proceeded to walk to the right side of the canal opening and started casting across the canal and hopping the lure across it. A few jerks and retrieve, i got a hit on the drop after the lure exited the canal but it missed the hook

. Tried again and same spot once the lure passes through and drops .. BAM!
Solid Temensis! 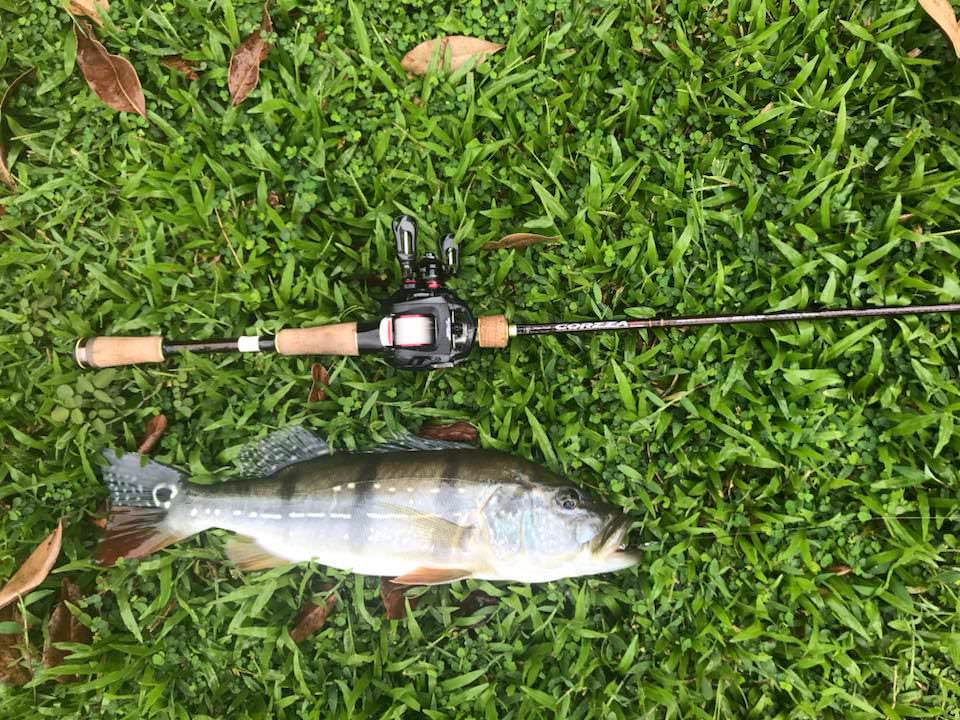 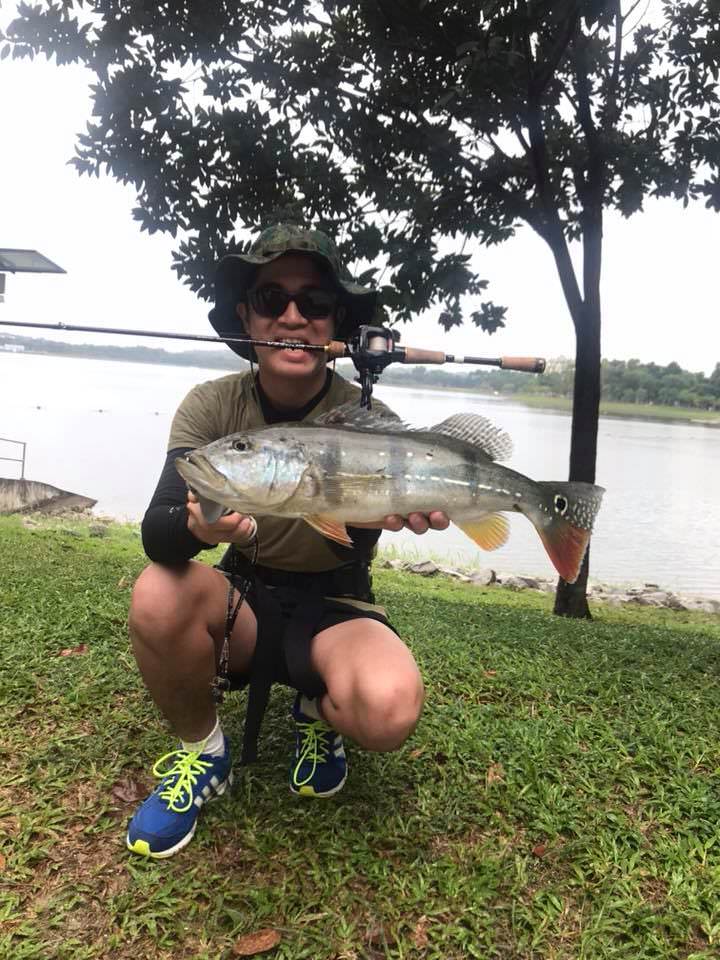 Till Next Time!
Cheers!

Frenzy is pretty exciting, make the best of the short window. It's a good time to test out different types, I typically like using topwater lures for the cool surface hits.